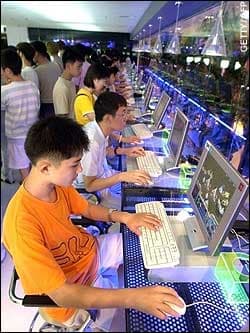 For all of you who spend far too much time on Facebook, take heed: the DSM-V is currently considering the inclusion of internet addiction in its newest addition.

The Diagnostic and Statistical Manual of Mental Disorders - or DSM - is a diagnostic tool crafted by the American Psychiatric Association (APA) widely used by therapists, health insurance companies, policy makers, and researchers alike.

Due out in 2013, the fifth edition has been stalled due to heavy debate over the addition of new diagnoses - including internet addiction.

Several Asian countries introduced boot camps to “wean” adolescents and adults off their internet addictions. Horror stories of “WoW Widows” - men and women who lose their relationships to a World of Warcraft gaming addiction - and the story of a young couple whose internet addiction resulted in the death of their 3-month-old have drawn public awareness to the issue.

Still, the prevalence of internet addiction has been widely overlooked in the West.

Some symptoms of internet addiction include cravings for the internet, restlessness or discomfort when away from a net-connected device, feelings of shame or secrecy attached to internet use, and increasing durations of time spent surfing the web.

Internet and / or web addiction, can drive a wedge in personal relationships, as the user becomes more and more withdrawn into the digital world. Regardless of the DSM panel’s final verdict, internet addiction can be damaging to those who struggle with it - and the people they love.

What do you think? Can internet usage reach a dangerous level, or is it being blown out of proportion? You can leave your thoughts in the comment section below.

Internet addiction is common and treatable. If you or someone you love is struggling with controlling their internet use, and it is beginning to impact your health and happiness, there is hope. Contact Nassau Guidance & Counseling today at (516) 221-9494 for more information.

Addicted To The Internet?

The difference between technology and slavery is that slaves are fully aware that they are not free. Internet: absolute…

Addicted To The Internet On Long Island: Not Just For Adolescents

In our hyper-connected world, it can be all too easy to fall into an addiction to something that most…

Addiction is such a devastating disease. This is so poignantly illustrated by the recent death of Philip Seymour-Hoffman. After…